Peak Oil, Energy Decent and The Fate Of Consumerism

This Paper is a bit on the heavy side but I still found it to be thought provoking.  I really wonder where we will end up if the oil suddenly dries up, something tells me things would get a lot worse before they got better. But maybe we are better than that.

Here is a bit of an introduction.

To read the rest of the paper click here.

The Reason for The Silence

So I have been a bit quite on the blogging front.  This is because I am getting ready for a big operation and will need some time off work to recover.  What this basically boils down to is that I am cramming a lot of extra work into each day.  Plus lots to do at home.
I have an assistant holding the fort while I am away but the reality is that there is much of my job that she cannot do.  In the future this is something I intend to remedy by training her up so that when I take time off I can really relax.  I know that I have a bad habit of thinking that I am the only one who can do it all, but if I want to have relaxing holidays in the future I know I have to change my thinking.

Does this happen to anyone else?

Since I will not be blogging for the next couple of weeks I have some posts planned and scheduled.  I have been reading some interesting articles over the last few months so I thought I would share them with you.

They are quite long but I found them really inspiring and informative.  Enjoy reading them.

Here's the first one.

Mindfulness - The Doorway To Simple Living
No comments: Links to this post


Well it looks like the people are standing up and making their voices heard.

I got this update today and it is great to hear that people are prepared to fight this proposal.


They must have assumed they'd had the final word. When Greg Hunt and the Marine Park Authority approved dumping of five million tonnes of seabed inside Reef waters, it was supposed to be campaign over. Vested interests had won, and our Reef would be sold out for short-term profits. Instead, something incredible happened. Thousands of GetUp members put their own money forward to launch a citizens' Reef Fighting Fund. We've never seen anything quite like it. All up, more than 16,000 people have donated so EDO Queensland and North Queensland Conservation Council can take this fight to the courts. Together, we're contributing $130,000 to the legal case right off the bat – $50,000 more than our original target! GetUp members have also ensured we have the resources to fund a strong ongoing campaign that won't shy away from other hard-hitting legal, legislative and corporate tactics. Thank you to everyone who's made this possible. We all know how prolonged and expensive legal fights can be. To their enormous credit, EDO Queensland and North Queensland Conservation Council had been prepared to pull together a case on a barebones budget. Now, it's a very different story. "Now there is money for expert witnesses, court transcripts, barristers' fees and transport costs. We can be bigger, better and more ambitious with the court case to protect the Reef. This is nothing short of miraculous. We are overwhelmed by the determination of GetUp supporters!" - Jo Bragg, EDO Queensland Solicitor. No matter what happens in court, we've sent a very uncomfortable ripple through the legions of power and vested interests used to getting their way. Thousands of everyday Australians are making it possible to go toe-to-toe with big mining, and together we will do everything in our power to protect our Reef.
No comments: Links to this post

Does World Heritage Mean Nothing In This Country?

Are you angry?  Because I sure am.

The Great Barrier Reef Marine Park Authority has caved to the pressure of the mining industry and the Federal Government. The agency charged with "the protection, wise use, understanding and enjoyment of the Great Barrier Reef in perpetuity" has allowed it to be sold out for short-term profits.

I cannot believe this has been allowed to go ahead and if you like me are also angry and want to help here is how you can.  Send these details to everyone you know if this is a cause you believe in.


Here is the information I received from Get Up:

This destructive project is now allowed to go-ahead - unless we make a last ditch effort to challenge it in court. Click here to learn more, and help fund the legal challenge to save our Reef:

We're not lawyers, but we've taken on big legal fights before — and won. In 2010, GetUp members challenged Howard-era electoral laws in the High Court. Together, and with the help of some of the best legal brains in the country, we stopped hundreds of thousands of Australians from losing their right to vote. Now we can step up again, this time to protect our Reef.

Our lawyers will be the Environmental Defenders Office (EDO) of Queensland, an independent community law centre dedicated to public interest advocacy in environmental matters. They'll be representing North Queensland Conservation Council. Both groups have got what it takes to tackle the project, but need the backing of GetUp members from right across Australia.

It's as if the Federal Government saw this fight coming. Just before Christmas, and without warning, they inexplicably cancelled $10 million in federal funding to EDOs nation-wide. But they aren't expecting people to fight back. Let's unite, and gather the resources we need to use the full power of the law to protect our Reef. Click here to make it happen: http://www.getup.org.au/reef-fighting-fund

The best legal analysis says this case is strong, and we won't be alone. Other environmental groups are planning to chip in as well.

We all know legal battles can be long and expensive. If we can raise $80k together as GetUp members - that's about 16,000 of us chipping in $5 or more - the project will be confident of covering the considerable legal fees involved in a long fight. That money pays for court fees, printing and overhead costs, and allowing expert witnesses to provide evidence.

If we raise more than $80k together, we will use the extra to build our Reef Fighting Fund to power further campaigning, or for further legal costs.

Can you chip-in as little as $5 to kick off the all-in citizen-funded legal fight to protect our Great Barrier Reef?

The mining industry, the Abbott Government, Campbell Newman and everyone else with vested interests expect this decision will be a kick in the guts for the environment movement – something that will deflate us, put us in our place and mark the end of this campaign.

While I was in New Zealand at the end of last year Hubby spent the time at home renovating our bedroom.  In his words "he didn't want me there putting my 2 cents worth in".
Anyway he did a great job lining the room to cover the external timer cladding (our room is an addition to the origional house) and the ugly brickwork. 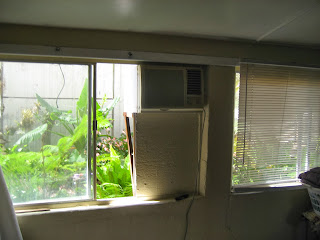 Into the garden below and was added to the dump pile. 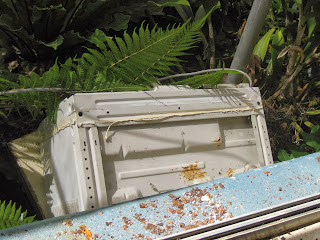 The wall containing two old windows that used to be the out side of the house was packed out with blocks. 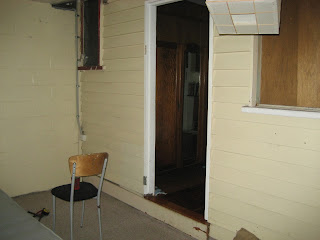 Then it was clad ready for plaster and paint. 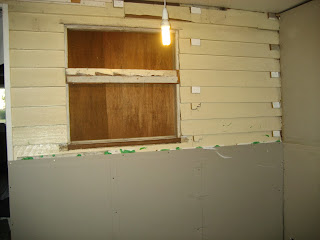 The end wall of bessa bricks was prepared ready for cladding 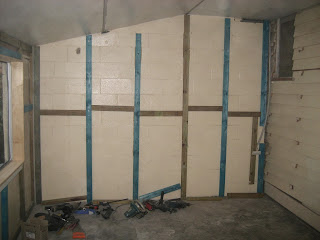 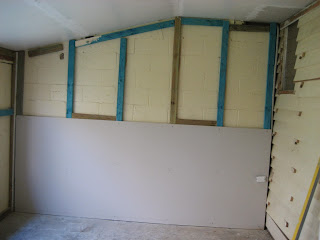 As was side wall around the windows. 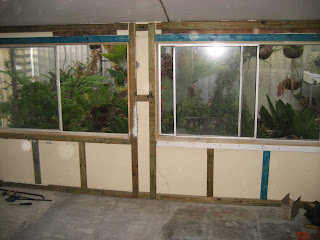 Then the whole room was clad and the windows were framed.  Then the gaps were plastered and sanded. 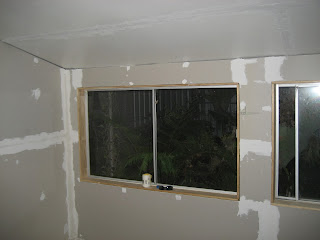 Finally the entire room was given a coat of paint that matches the rest of the parts of the house that have already been renovated. 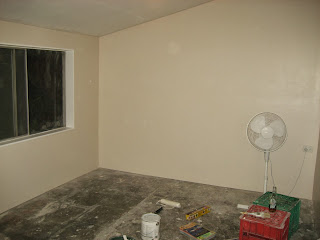 Then new curtains were added and new carpet was installed. 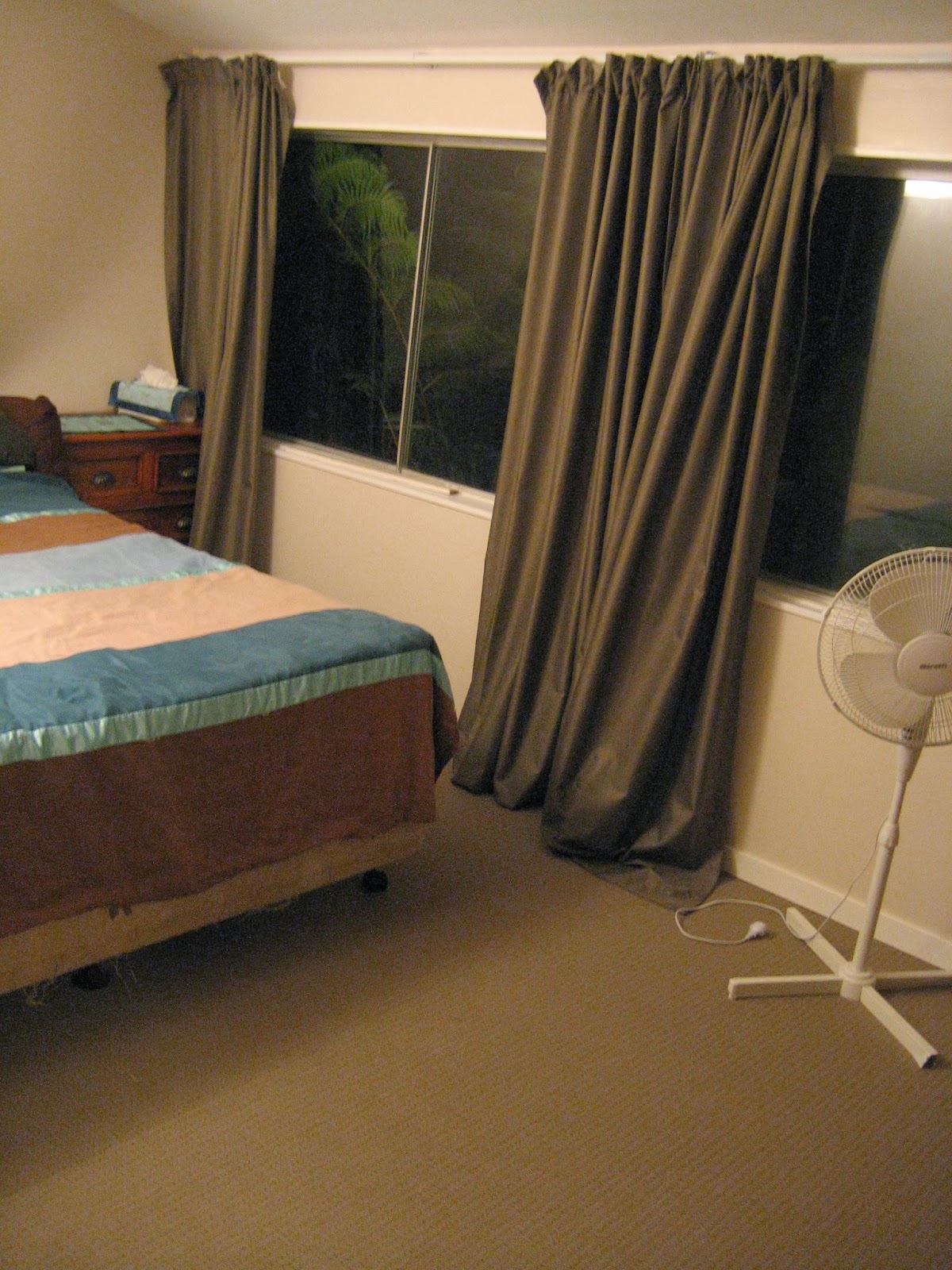 It feels really good to be making these improvements to the house.  Even though we are moving to NZ in the next few years we are able to get some enjoyment from our hard work.
The list is also getting shorter which is also satisfying.

Words To Live By

People are often unreasonable, illogical and self centered; forgive them anyway.
If you are kind, people may accuse you of selfish, ulterior motives; be kind anyway.
If you are successful, you will win some false friends and some true enemies; succeed anyway.
If you find serenity and happiness, they may be jealous; be happy anyway.
Give the world the best you have, it may never be enough; give the world the best you have anyway.
You see in the end, it is between you and God; it was never between you and them anyway.
Mother Theresa

Fiona from Arbordale Farm
Bulls, New Zealand
I am a married 30 something who is keen on living a simple life. At home we focus on eating real unprocessed foods, we use natural remedies when required and try to be as self reliant as possible. I am a keen cook, fledgling farmer, avid reader, soap maker and enthusiastic gardener. Back in 2009 my husband Randall and I moved from the middle of Brisbane Australia out to the country so that we could live a simple, uncomplicated life away from the constant pressures of consumerism. But after 5 years we wanted to escape the heat and be closer to my family so we have moved to my home country of New Zealand where we are setting up a homestead from scratch. We are joined on this adventure by our little boy Kingsley and our 7 year old dog Jessie as we homestead New Zealand style. 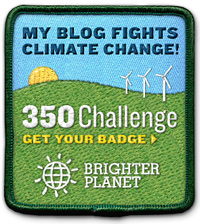